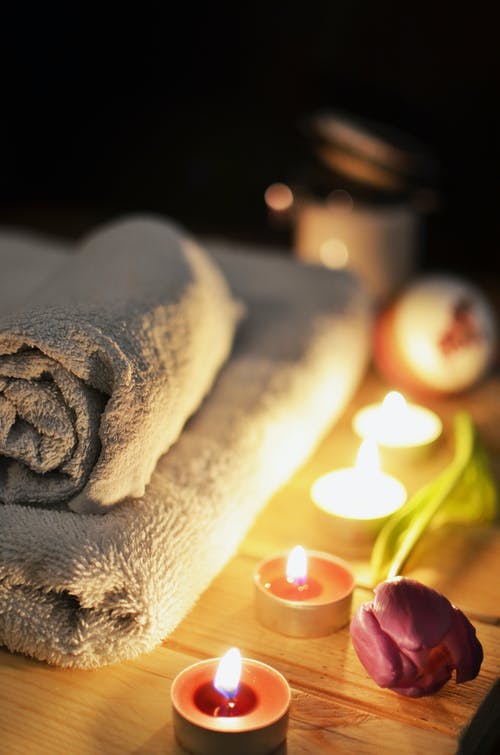 Lather Up in Luxury-showers and baths are in the spotlight.

Far from the water closets of the past, showers and baths are in the spotlight. Once discreetly referred “WC,” the bathroom has become a part of the house to be proud of and even show off to friends and family.

“It’s a far cry from the very utilitarian rooms we used to have. [Bathrooms have] become part of the aesthetics of the home,” says Lee Woodall, president of the Georgia/West Tennessee Chapter of the National Kitchen and The National Kitchen & Bath Association And according to the current trend, bigger is better. “The bigger homeowners can get their bathrooms, the more they like them,” says Trudy McGinnis, a certified bathroom designer in Atlanta. In its market forecast report for 2004, the NKBA stated that more than 8 million baths remodeled last year, the enormous amount to date. “One of the trends we’re seeing is that homeowners want to enlarge the size of their bathrooms. To make them more functional,” says Jeff Kennedy, owner of Affordable Home Remodeling. Bathrooms often have to be expanded to make room for a tub and shower. Homeowners are opting for either a traditional stand-up shower, with added sprays and showerheads, or a steam shower with the added space.

Accessories can make a stand-up shower more luxurious. “It could have body sprays, both in the front and in the back, and one or more showerheads,” McGinnis says. The sprays are mounted in a column on the wall, usually under the showerhead. They can spin, rotate, and move up and down. “There is also more variety in what the sprays will do,” Woodall says. “Vertical spas are a nice update of the original body sprays that we’ve had for the past 20 years, but they simplify the installation for the plumber.”

“A common request in updated showers in the rain showerhead,” McGinnis says. A rain shower allows water to come straight down, like a waterfall. Some showers include a seat under the body sprays and showerheads. If installing a permanent seat isn’t within your budget, an alternative is a portable seat. It might be a practical decision for those entering their later years. “I know a couple who wants to prepare for the future, when they may have to sit to take a shower,” she says.

There also has been a very dominant shift toward multiple showerheads. Multiple showerheads are available in all price ranges, including everything from rain showerheads to a handheld attached to the wall. “The handheld showerhead is very versatile, and it’s great for cleaning,” Woodall says. “It’s nice because now people don’t have to take a big cup and throw water on the wall.”

The sky is the limit when it comes to the orientation of showerheads and body sprays. “Most people put a showerhead on each side of them, with the body sprays coming from a variety of angles,” McGinnis says.

Steam also is in demand in the shower. “More people are beginning to put steam in their primary bathroom because it’s relaxing. They can add oil into the dispensers, and once the steam starts, they can have their at-home aromatherapy session,” Woodall says.

And some are choosing to forego a tub altogether. “We’re seeing people take their bathrooms. Go with two showers and a bathtub or just two showers,” says John Gunderson, director of sales and marketing at Apex Supply Company. Relaxation is a common reason for a steam shower. With the heat that can reach 120 degrees and the added humidity, a steam shower could be just the ticket for athletes, those with chronic pain, or those who enjoy the intense heat. Whether a water or steam shower suits your fancy, there are other things to consider. For shower doors, most people choose frameless glass doors. “Homeowners want something nicer than what they have today, which is a framed, aluminum shower door,” Kennedy says. “We’re almost universally installing frameless shower enclosures.” Typically, 3/8-inch tempered glass is used for shower doors. “Most people want clear, but we’re getting some requests for textured glass that is so gorgeous,” McGinnis says.

Determining the type of flooring is also important. “I’ve found that bathrooms are now fascinating because there are so many types of tiles,” Woodall says. Homeowners can choose between natural stone, glass, or porcelain. Gunderson agrees that there are plenty of options: “Now there’s more of a trend toward granite and marble; they’re boiling right now.” Human-made materials, which are durable but more expensive, give bathrooms a contemporary look. Bathroom floors also need to be very slip-resistant. It can accomplish by using 1-by-1-inch tiles.

Depending on the amount of space available, the shower may not need a door. There needs to be enough space to ensure that water doesn’t get everywhere. In doorless showers, the tile goes from the ceiling to the floor.

And if a steam shower sounds more appealing to you, McGinnis suggests careful consideration of how the shower building. “You want tile on the ceiling to be at an angle, so when the water drips down, it won’t hit at the center of the floor, but all around.” This shower will need to be completely enclosed, with tile going all the way up to the ceiling. It ensures that no steam can get out.

Since some showerheads crank out the right amount of water at one time, it’s essential to consider the water pressure in your bathroom. Usually, water pressure in a shower or tub is between 60 and 80 pounds per square inch (psi), says Scott Bynum of Bynum Plumbing. Some may want more water pressure from their showerheads and faucets. Still, Bynum cautions, “You don’t want to manipulate the showerhead past manufacturer’s specifications because then you fault the warranty.” Some are getting rid of the bathtubs in master suites; others spend their money on improving their tub. Traditional tubs have used air bubbles or intense jets. The jets employ strong water pressure to hit individual muscles to provide a message-type bath. Air bubbles provide a fizzy feeling, with the air bubbles popping to the surface from the tub’s bottom.

Another trend Cabrera has noticed is the preference for full-immersion tubs. “In some baths, when you sit up, you’re still at mid-torso. In the Japanese culture, traditional whirlpool baths are 32 inches deep, instead of 22 inches,” she says. Due to high demand, many bathtubs are made with an extra-deep tub. “People are incorporating an Oriental philosophy when it comes to their tubs,” she says. “The idea of soaking and being immersed in water is becoming more appealing to homeowners.”

Woodall has also seen an increase in requests for soaker tubs and bubble tubs. “It can be an extremely relaxing experience,” she says. Jim Meloy, an owner of Kitchen and Bath Concepts, says the air bubbles’ soothing action is a different kind of therapy. “It has become prevalent.”

When you’re considering a bathroom remodel, McGinnis cautions to be realistic about the cost. “Most people don’t realize why a bathroom costs as much as it does,” she says. “The labor costs involved with bathrooms are very intensive.” She says it is not unheard of for a bathroom to cost $70,000 or more. The biggest misconception homeowners have is that remodeling a small room, such as a bathroom or powder room, won’t be costly. Everything that can be involved with a bathroom, from ripping out the tile and moving the toilet to replace a shower or tub and moving pipes, can significantly increase the price tag.

and  Treat for the Eyes- Get inspired by these amazing kitchen and bath transformations. overhaul can be costly, it shouldn’t scare you away. “It’s your choice. Most people don’t think to ask, ‘How can I cut the costs down?’” McGinnis says. “Be upfront with the designer, and you’ll be happier with the result.”

Take It For a Spin: A Guide to Atlanta's Showrooms