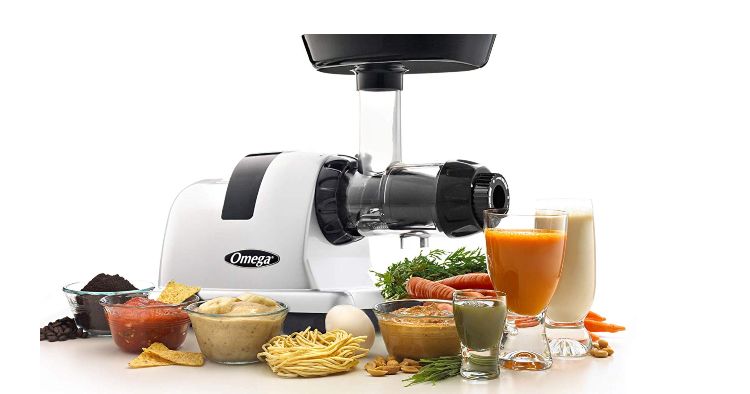 Juicing is not just trendy as you might have made up your mind after getting into the popular ads! It’s much more than a fashion. A masticating juicer can actually change your life, improve your health, reduce the time usage for incorporate Greens into your diet.

Here, we are taking you to the arena of a masticating juicer as it’s a MUST for you to know about something before including it your life or, let’s say, your kitchen,

There are many names by which a masticating juicer is known. It’s so-called Slow Juicer or Cold Press as it minimizes the heat production while making the cocktail for you. Masticating juicers usually work by smashing the fruits using a slowly sinning screw called auger. They are capable of working fairly silently owing to their extremely slow rotating speed, and can produce significantly greater juice yields out of the same amount of fruits and vegetables.

Let’s talk about some technical components of a juicer! The pace from where the ingredient would go in is called Feed Chute. It is relatively smaller in masticating juicers when compared to centrifugal juicers. But you need not worry, it can still process a variety of food you may need to consume before in your breakfast. Masticating juicers, mostly have a hopper that can be filled with the chopped vegetables and then slowly push them to the feeding tube. After getting processed through the auger, a stainless steel made mesh allows the extracts to pass fee of pulp.

In the masticating models, the aforementioned auger is plastic made and squeezes the components to give you the perfect gift of a glass of juice. Some versions have more than on augers as well.

If you have ever owned a juicer, pretty sure, you have known that the engine (motor) is housed in the base, and that’s from where the power is coming from. The minimum speed of a masticating juicer can be 40 RPM.

Juice spills into an awaiting glass from the juicing spout, or a storage bottle that comes with the juicer, in several versions. Some versions also have a cap through which the spout can be closed. allowing the juice extracted from various kinds of vegetables to get mixed inside the chamber before pouring into the container.

After the juicing is done, the pulp is thrown into a collection bin that is, more or less, part of every juicer. As the name indicates “Slow Juicer”, their RPM is less than the centrifugal juicers so the pulp formation is slower than the centrifugal juicers so the collection bin is placed underneath the juicer. Some juicing pro will recommend that a plastic lining should use on the collection bin, that provides an easy clean-up. The pulp can be used in baked products for good in the production of dog feed.

Add juicing to your life and a juicer to your kitchen as it will retain a bundle of nutrients after breaking down the fruits and vegetables. This is done by their masticating action, not by how slowly they work.

It does not matter if you want your Green cocktail having Spinach, Cucumber, Celery, Lemon, Ginger, and Apple in it, to make the Detoxifier incorporating Beets, Carrots, Lemon, Ginger, Apple, to get the best vision juices extracted from Carrots, Oranges, Ginger, Turmeric, or to consume sweet carrots extraction having Apples, Carrots, and Parsley in it, the masticating juicer is something you should spend your dollars on!